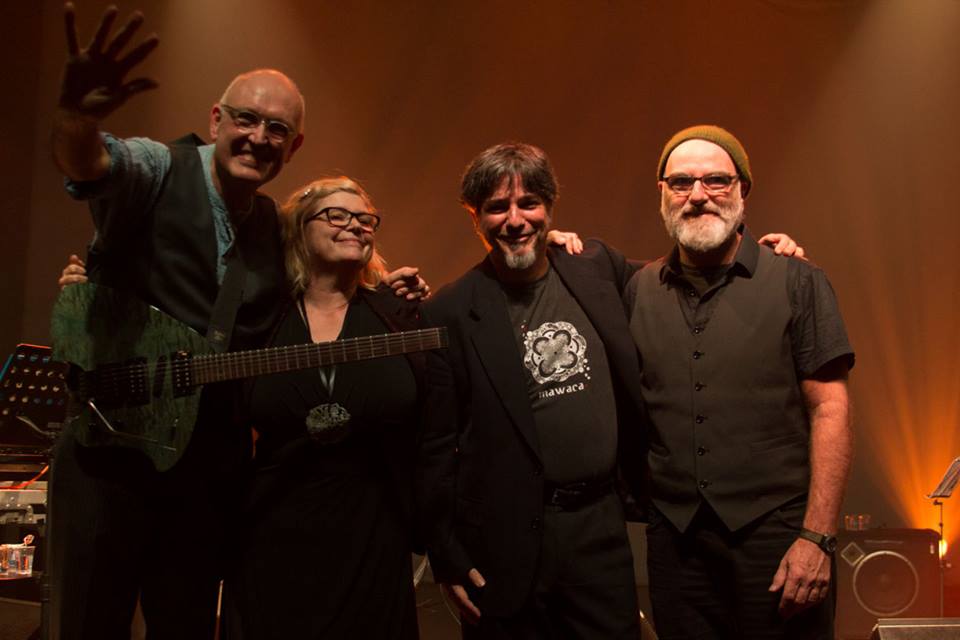 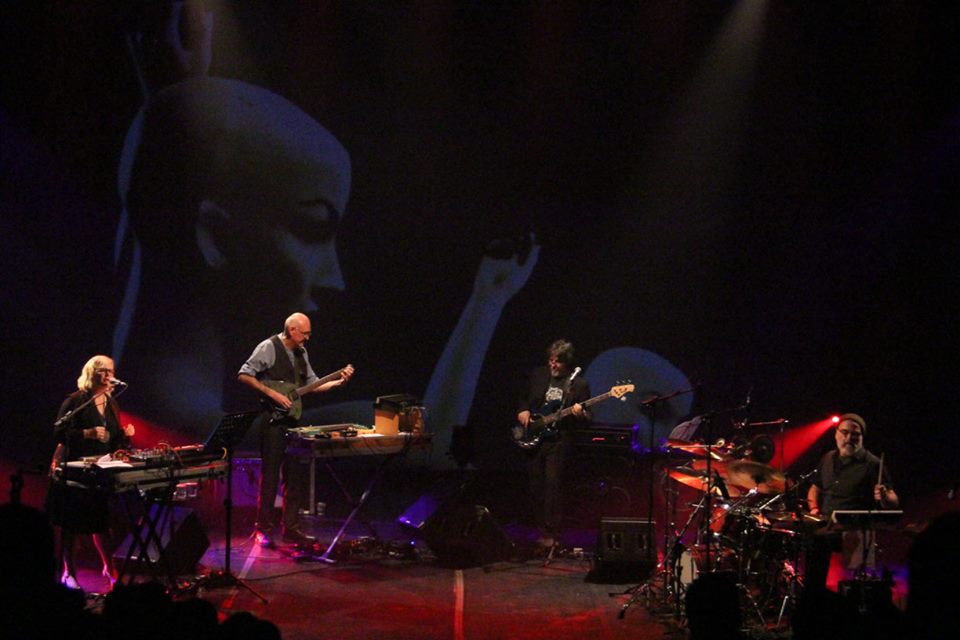 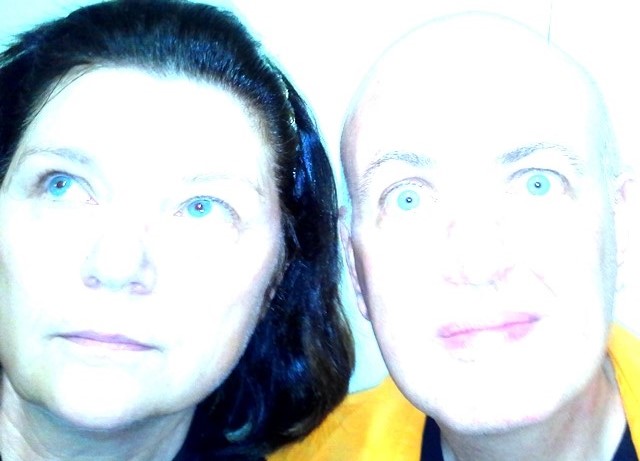 Blue Beast is the brainchild of Truus de Groot (Plus Instruments) and Miguel Barella.  Both are seasoned veterans of the experimental electronic / noise world.
BIO - Blue Beast
In 2014 Truus' long time band "Plus Instruments" was invited to play at Virada Cultural, in São Paulo, Brazil, with Brazilian musician Paulo Beto (aka Anvil FX).  James Sclavunos (Nick Cave & the Bad Seeds) joined them on the drums.    To round up the line-up: Miguel Barella on guitar.  The performance went like a dream.   Fast forward to 2016, Miguel suggested a digital music file exchange to see if Truus and he could collaborate.  Over a number of months they created a number of songs long distance.  Truus worked in her studio in California while Miguel worked in São Paulo.  The result was their first album "Devil May Care". The same method yielded a second Album "Roaring" with a release date of  May, 2020.  They continue working today on the ongoing series "Quarantine Singles" the fruit of their collaboration in quarantine during the Covid 19 Pandemic.  This series of tracks reflects their emotional state during this unprecedented time in very different environs but in two countries that were hardest hit with this pandemic,  Truus in Southern California and Miguel in the São Paulo, Brazil

Miguel Barella - Artist Statement
"The electric guitar is endless. There is always a new sound waiting to be explored".

I can´t remember when I started to play but when the punk scene appeared I knew I had to be part of it. Living in Brazil we were always 5 years or more behind what was going on in the US and Europe so, only in 1981, I helped to found the band Agentss  and record the first single in 1982. Agentss is known as the first Brazilian post punk group.

In the mid-80s two events changed my approach to music and creativity: playing in the opening event of 18º Art Bienal in Sao Paulo where John Cage was the special guest and in the audience and attending a one week Studio Creativity Seminar conducted by Holger Czuckay.

After that, I extrapolated the pentatonic use of the guitar and started to pay a lot of attention to the role of silence in music. The result of this new path is present in Voluntários da Pátria (the group after Agentss), Alvos Móveis, LCD trio, Rohrer-Barella duo and recently on Blue Beast duo with Truus de Groot in the album Devil may Care. 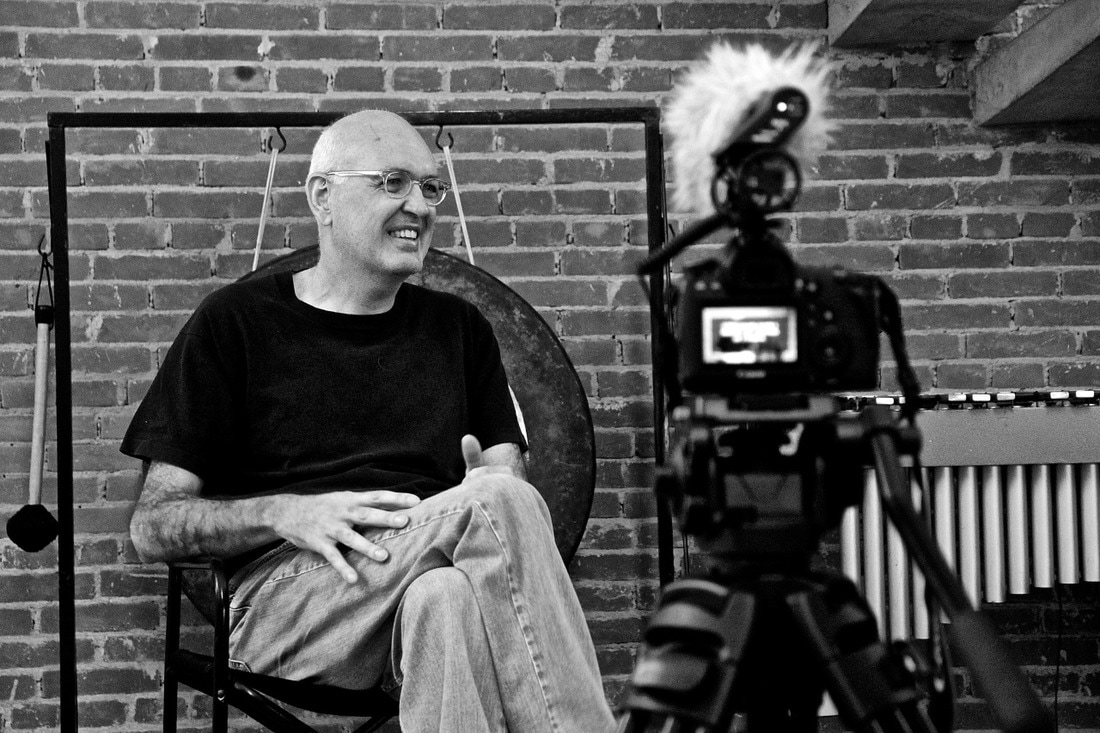 Truus de Groot - Artist Statement
“As nature finds its path, so do I on the unknown trails of my ongoing mission to create organic sounds out of instruments I create or happen upon. It is not what you have, rather how you use it”.

My career started at the beginning of the Punk Rock craze in 1976 in The Netherlands.  I started out as a vocalist and lyric writer.    Experimental Electronic instruments quickly became part of my passion.  Eventually it led me to design my own instruments today.  My path has been a long and winding road around the world, collaborating with all types of people in a variety of genres and cultures.  I am always looking for a new challenge, as I continue to seek exciting ways to express myself creatively through music, words, photography and film.  With today’s cyberspace there are no more borders and creativity is abundant!  There is a freedom to work with anyone in the world on a multi-media level.   Many of my recent projects have been developed this way, this is a brand new level of collaboration for me proven to be very fruitful indeed.

Truus' musical career spans over the last 4 decades. Born in Eindhoven, The Netherlands,  she debuted as a chanteuse just at the beginning of the Punk craze in 1976. Playing in a number of Dutch bands she released her first single in 1979 on the Plurex Label with a highly experimental duet called “BandT Plus Instruments”. In 1979, she teamed up with Michel Waisvisz, the inventor of the Crackle Synthesizer. It was the start of a brand new direction for her and one she has remained faithful to, blending it often with traditional styles with unexpected results. In 1981 she moved to New York City to continue her musical adventure that lasted through today in various experimental electronic forms. Today she performs various solo shows with her self-designed synthesizers as well as her very own project Plus Instruments, a collaborative effort with invited guests.  She resides in Southern California.  For more see Truus.net 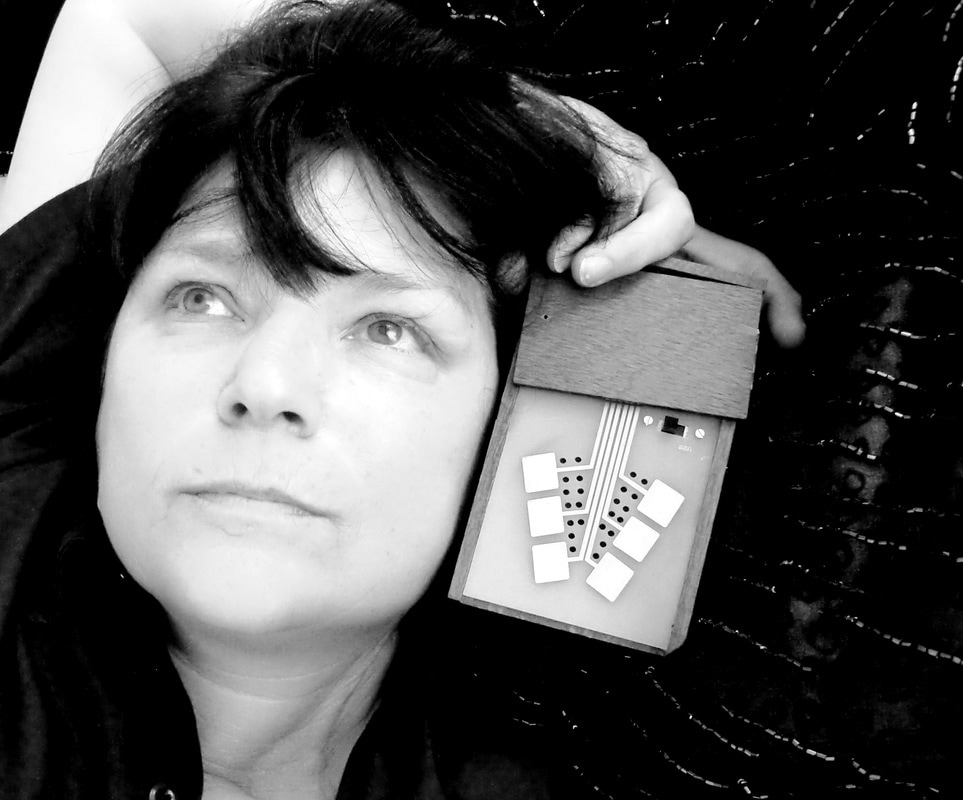